When to give up the aisle for a middle seat

When to give up the aisle for a middle seat 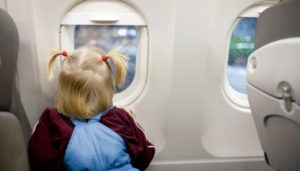 There are times in life and at work when it makes sense to make a small sacrifice simply to benefit others.

I was flying home on business from California to Massachusetts. By the luck of the draw, I was one of the first people on the plane and got a nice aisle seat near the front of the plane.  There I sat as person after person and suitcase after suitcase went by. As the plane filled almost to capacity, the only seats left were the middle seat in my row and the middle seat in the row diagonally ahead of me across the aisle.

Then, on comes a man with his (about) six year old daughter.  The man motions to his daughter to sit in one middle seat across the aisle and then he begins to sit next to me.  Out of the corner of my eye I see this little girl looking longingly to sit next to her dad.  Her one look caused me to give up my aisle seat so that she could sit next to her father.  This middle seat I soon occupied was far less comfortable, but not unbearable, even given the length of the flight.

I gave up my seat because I could see that she wanted to sit next to her father more than I wanted to site on the aisle.  In effect, I traded a little to give someone else a lot.

I’m not saying you shouldn’t look out for yourself first, because if you don’t, no one else will.  I’m simply suggesting that you should be willing to “give up” or “give in” a little bit when it truly means a lot to others.

My question to you is, as a manager, what little things can you do to:

If you take this approach at work, you will see that occasionally your kindness will be returned in unexpected ways.

As they say, it doesn’t hurt to be nice.

Back to my airplane story, I truly didn’t like the middle seat I offered to take.  Even so, I got home from California the same time that I would have in the other seat.  As for the little girl, she spent the flight leaning comfortably against her dad, half reading, half sleeping, and always smiling.

About the Author: admin